I think Ulyana Sergeenko may very well be one of my favorite designers of all time. I love her use of historical and fantasy references and the elegant way she incorporates familiar fairytale elements in dramatic ways. I mean, who doesn’t love Slavic folklore and cunning references to paganism? So inevitably, I had to include her in my “Designers I Admire” series of posts.

Ulyana Sergeenko was born on August 30, 1979 in Kazakhstan, Russia which was at the time part of the U.S.S.R. She grew up in Ust-Kamenogorsk, a city of 300,000 people in eastern Kazakhstan, during the dying days of Communism, sharing a 5 room apartment  with her mother, father, grandmother, and two brothers. Sewing was an elementary skill at the time and Ulyana made her first embroidered skirt in school alongside her classmates. To this day, embroidery is an element that remains a part of every collection she sends down the runway.

At 21, she found herself pregnant, without a husband, and living in Saint Petersburg. According to Ulyana, it was a depressing spot to find herself in, and when her father offered her the chance to join him in Moscow, she accepted. In Moscow, she met her future husband, billionaire Danil Khachaturov. His wealth provided her with access to haute couture fashions from Paris. She graced the front rows of the Paris shows, and amassed a collection of couture, often working with designers such as Valentino, Givenchy, Jean Paul Gaultier, Chanel, and John Galliano at Dior to collaborate on different looks. Later on, frustrated when designs she had collaborated on began to grace the runway without any credit given to her, she decided to start her own line.

In April of 2011, the Ulyana Sergeenko brand was launched with her first collection designed for Fall 2011. Her debut collection featured a mix of fairytale, literary and military influence and included knit tops, quilted skirts, floor-length coats, complex embroidery, and sable. It was well-received and orders from friends and new fans, quickly followed.

The key signatures of the brand are the handmade elements that go into each garment—highlighting the traditional Russian crafts of stitching, knitting, and embroidery. Ulyana’s brand employs between 60 and 100 seamstresses in Moscow, plus a variety of ateliers trained in traditional arts such as lacemaking and embroidery, and she supervises all handwork personally.

Recently divorced from her husband, she continues to participate in the Paris Haute Couture shows. 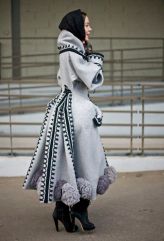 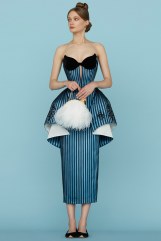 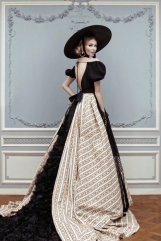 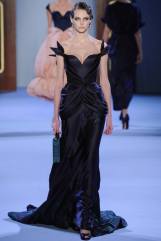 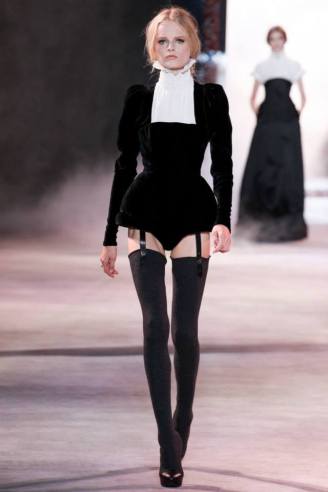 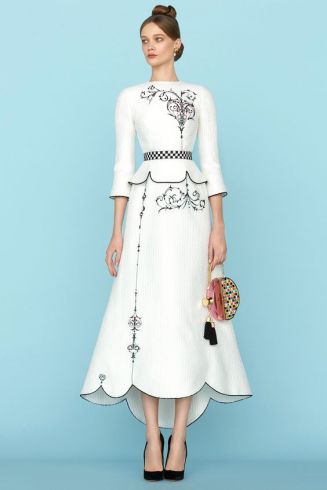 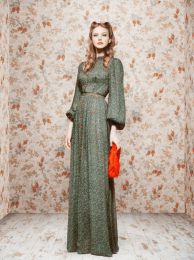 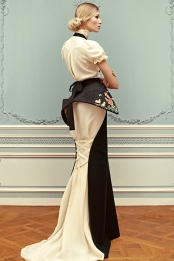 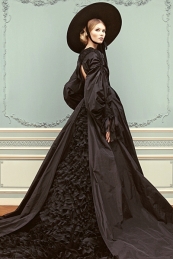